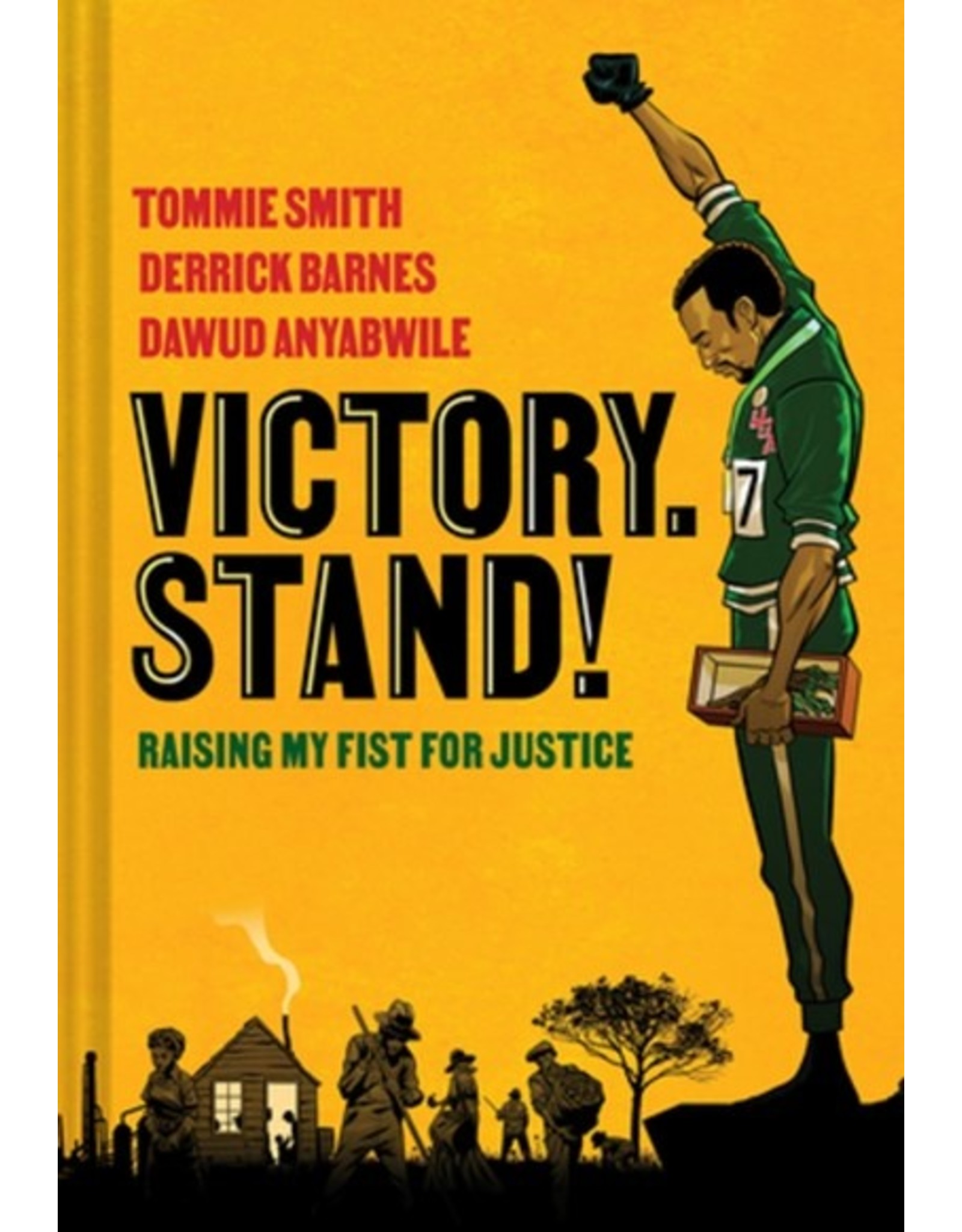 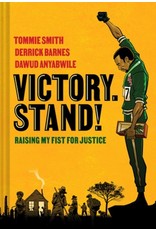 This link is to Pre-Order Victory.Stand!. If you purchase a pre-order with us you will get a signed copy of the Victory. Stand  shipped to you on or after the release date of September 27th.

Victory. Stand! is a groundbreaking and timely graphic memoir from one of the most iconic figures in American sports-and a tribute to his fight for civil rights.

On October 16, 1968, during the medal ceremony at the Mexico City Olympics, Tommie Smith, the gold medal winner in the 200-meter sprint, and John Carlos, the bronze medal winner, stood on the podium in black socks and raised their black-gloved fists to protest racial injustice inflicted upon African Americans. Both men were forced to leave the Olympics, received death threats, and faced ostracism and continuing economic hardships.

In his first-ever memoir for young readers, Tommie Smith looks back on his childhood growing up in rural Texas through to his stellar athletic career, culminating in his historic victory and Olympic podium protest. Cowritten with Newbery Honor and Coretta Scott King Author Honor recipient Derrick Barnes and illustrated with bold and muscular artwork from Emmy Award–winning illustrator Dawud Anyabwile, Victory. Stand! paints a stirring portrait of an iconic moment in Olympic history that still resonates today.

Tommie Smith is a former Olympic track-and-field gold medalist. He lives outside Atlanta, Georgia.
Derrick Barnes has received both a Newbery Honor and a Coretta Scott King Author Honor. He lives in Charlotte, North Carolina. Author of Crown: Ode to a Fresh Cut & King & Queen of Kindergarten.
Dawud Anyabwile is an Emmy Award-winning illustrator and comic artist based in Atlanta, Georgia